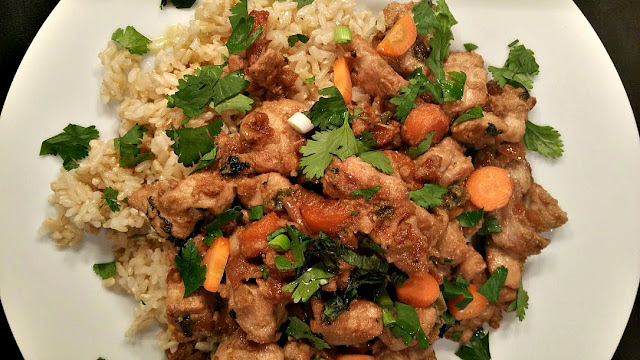 A good friend was in the hospital last week for an operation. When she was released to come home, I thought the best gift would be to stop by with a homemade dinner for her and her husband. If I were sick, that would be so much better than flowers. I made a batch of my Roasted Carrot, Shallot & Coconut Soup, bought some dinner rolls and, to keep the coconut theme going, prepared this chicken & carrot saute with all the toppings. Her husband just needed to whip up some brown or white rice and dinner was served. 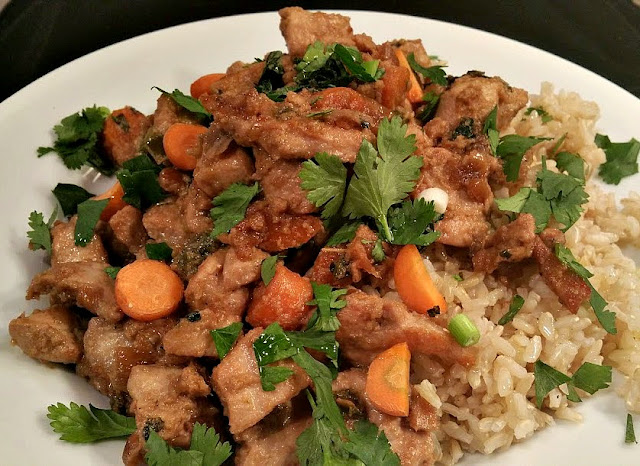 I love how easy it is to make this delicious recipe...just saute the carrots, vegetables and chicken and then create the lovely sauce. Coconut milk, coconut cream, soy sauce and vinegar are cooked down to a thick reduction and then kicked up a bit with a handful of fresh basil. I serve this dish over white or brown rice and top everything with additional basil, cilantro leaves, chopped green onions and a squeeze of lime. It's like sunshine on a cold fall day. (ok, I know that was incredibly corny, but true!) 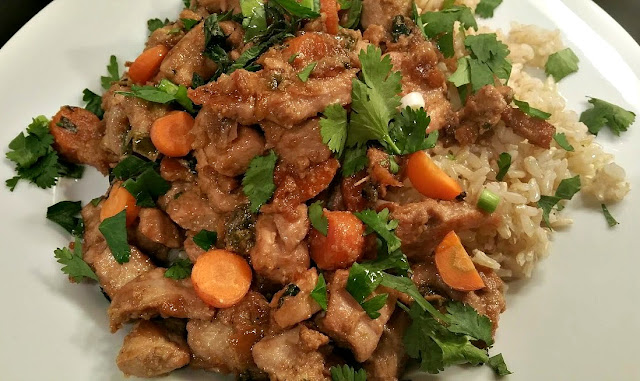 Heat a large skillet until hot. Add 1/4 cup olive oil and the carrots, onion, shallot, ginger and jalapeno peppers. Saute, frequently stirring,  for 3-4 minutes or until the vegetables are tender, and the onions begin to caramelize. Remove the veggies using a slotted spoon to keep oil in pan and place in a rimmed pie plate.

Add 1/3 of the chicken to the hot pan. Cook, frequently stirring, until just cooked through and beginning to caramelize. Remove from pan using the slotted spoon and add to pie plate. Add the next 1/3rd of chicken and repeat the process. Finish with the last of the chicken.

Add to the skillet the additional 2 tablespoons olive oil, coconut milk, coconut cream, soy sauce and vinegar. Cook over medium-high heat until reduced by a third. (about 5-7 minutes). Stir in the chicken and vegetables and simmer until hot. Stir in 3/4 cup basil. Taste and add additional salt and pepper if needed.

Serve over white or brown rice and top with the remaining basil, cilantro, green onions and a squeeze of fresh lime juice. 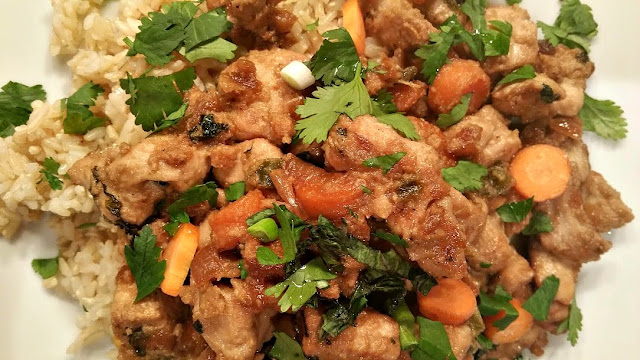 Additional carrot recipes you may enjoy:

It is Carrot week at Food Network's Fall Fest roundup. Do you have a favorite carrot recipe to share? Please list (or link) in the comments below. And be sure to check out the other delicious sounding recipes from my blogger friends and Food Network.

I have started sharing my newest blog "California Girl in Taos."  Please visit and let me know what you think.
Posted by Napa Farmhouse 1885 at 10:19 AM No comments: 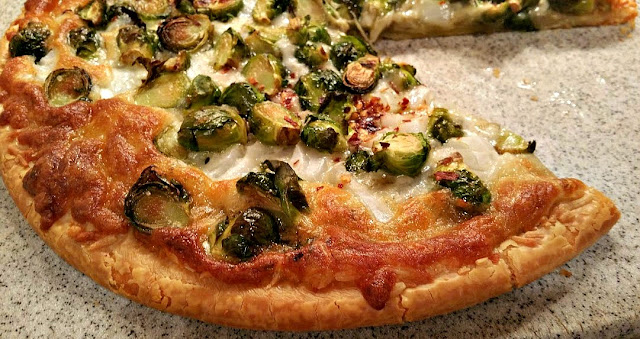 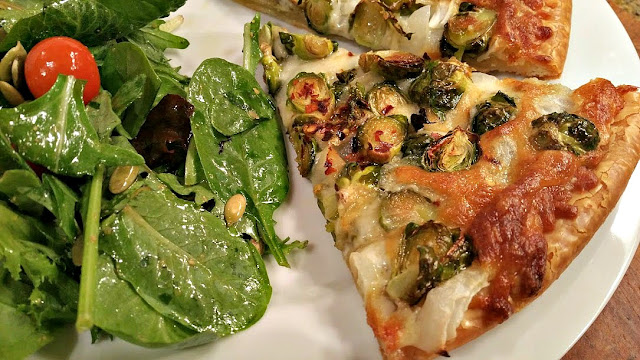 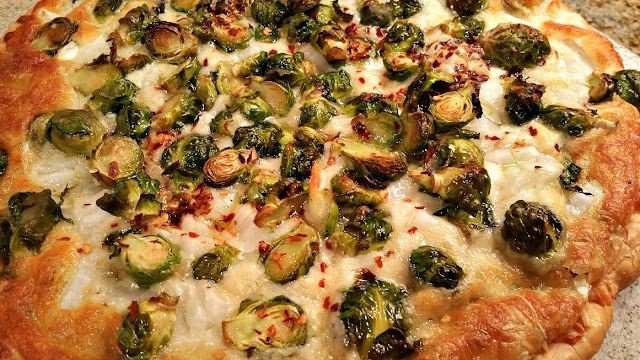 I have started sharing my newest blog "California Girl in Taos."  Please visit and let me know what you think.
Posted by Napa Farmhouse 1885 at 3:37 PM No comments: